How to avoid the manic pixie dream girl: A simple guide with 6 counterexamples

Manic pixie dream girl has been identified by Nathan Rabin as "that bubbly, shallow cinematic creature that exists solely in the fevered imaginations of sensitive writer-directors to teach broodingly soulful young men to embrace life and its infinite mysteries and adventures." For more information on the MDPG visit the wiki. See also.

When I use the words crazy or manic I mean folks that are not neurotypical. I view neither of these terms as inherently negative and support neurodiversity. I personally want to extend the definition of the MPDG trope to include not just women/girls because I believe that any crazy/manic supporting character runs the risk of having their manic/crazy qualities exist only to serve the protagonist (if you have nonMPDG examples please send the to me!). This practice exploits and misrepresents the experiences of crazy, manic and non-neurotypical individuals. The use of the manic pixie dream girl is simply the most flagrant example I've seen of this exploitation.


But now onto the how-to:


When constructing quirky/inspirational supporting character, take a moment to focus on this character's motivations. Does this supporting character serve any other function than to be inspiring or create motivation for the protagonist? This can be measured easily by asking yourself if the potential MPDG is dynamic enough for their own story. Could you could write them their own novel/film/comic? If not you might be at risk of writing a manic pixie dream girl/person.

For your convenience I have selected the following pop culture examples of (mostly supporting) characters that are quirky, strange, manic, or crazy or othered in some way yet still very dynamic and compelling! 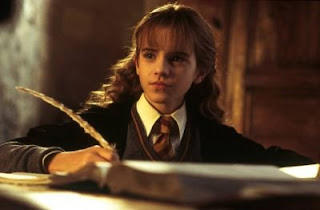 Hermione Granger form Harry Potter series (book & film)
Quirk: Intelligence
For all of those awful movies in the where the mousy-but-smart girl who becomes magically hot, but then has the added bonus quirk of intelligence to support the male hero Hermione is the cure. She is sassy as fuck, has her own projects that she deeply cares about; academic and social justice projects that don't directly concern her protagonist friend. She is also tough enough make deep sacrifices (she magically erases herself from her parent's memories for their safety). Her intelligence, fortitude, & creativity are definitely doing more than serving a male protagonist. 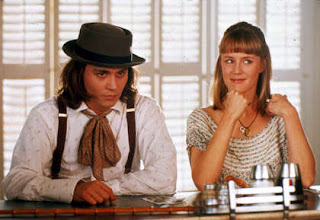 Joon from Benny and Joon (film)
Quirk: PTSD
Both Joon and her romantic interest Sam are not nuero-typical (Joon very apparently so and Sam in a social sense). These characters are on a more equal footing not just because they are both othered by culture (they do share solidarity in this) but also because they have a separate and interesting story about moving through the world as a crazy/freaky/weird person. Also note that their love story is miles more comfortable and interesting than the romance between the two "sane" characters Benny & Ruth.

Johnny from Dirty Dancing (film)
Quirk: From the wrong side of the tracks
Johnny and the relationship he shares with Baby in this film are what lead her to her cathartic breaking with the politics of her family and her upper class world. Now I know it bucks the tradition of manic pixie dream "girl", but hear me out. It's clear in the end of the film that Baby and Johnny, though very important forces of change in each others lives are probably never going to see each other again, but what is also clear is that they are both headed on to interesting and wildly different futures.

Leonard Cohen's Suzanne (music)
Quirk: "She's half-crazy"
I loved this song as a teenager even before I started to make cultural criticisms my business. But as a poet and sharpening feminist I began to find more reasons to love it. This song is not a love song, at least not a lustful or overly romantic narrative. This woman is strange and seemingly magical, but she is very clearly also very human (with her salvation army clothes) and on equal ground with the song's "you" and in some ways ahead of the curve.


Clementine from Eternal Sunshine of the Spotless Mind (film)
Quirk: Spontaneous; collect potatoes; all of the hair colors
Often misidentified as a MDPG, in this simple speech Clementine reframes the entire film (and takes the trope of MPDG to task) by encouraging you to be skeptical of Joel's motivations surrounding Clementine. She's not afraid to tell you "I'm just a fucked-up girl looking for my own piece of mind".

Her words pour out as if her throat were a broken artery.
and her mind were cut-glass, carelessly handled.
You imagine her in a huge velvet hat with great
dangling black feathers,
but she shaves her head instead
and goes for three-day midnight walks.
Sometimes she goes down to the dock and dances
off the end of it, simply to prove her belief
that people who cannot walk on water
are phonies, or dead.
When she is cruel, she is very, very
cool and when she is kind she is lavish.
Fisherman think perhaps she’s a fish, but they’re all
fools. She figured out that the only way
to keep from being frozen was to
stay in motion, and long ago converted
most of her flesh into liquid. Now when she
smells danger, she spills herself all over,
like gasoline, and lights it.
She leaves the taste of salt and iron
under your tongue, but you dont mind
The common woman is as common
as the reddest wine.

Annie from Detroit Annie, hitchhiking by Judy Grahn (poem)
Quirk: Tries to walk on water
I selected this poem for it's description of the way Annie "converted her flesh into liquid. Now when she smells danger, she spills herself all over like gasoline, and lights it" From these lines I infer is some level of manic behavior, mostly because this it pretty accurately describes how I feel when I have a manic episode. But notice she is still human? Still a "common woman".

Endnote:
I'd suggest reading the all of Judy Grahn's popular Common Woman series. It and Detroit Annie in particular inspired this post. Judy Grahn was right in calling for the representation of woman as common in that all humans (women included) share in common that they have their own motivations. In this spirit I demand that quirky, manic (female) supporting characters be more than inspirational, that they be shown as more than just concepts, that crazy/weird women aren't crazy/weird for you. We're doing it for ourselves. Because it's who we are.

The manic pixie dream girl is just one more message to women & those who are crazy/weird/freaky/non-neurotypical, telling us that our insanity doesn't belong to us -- that it's the only thing that makes us interesting. Fuck that trendy bullshit. Every crazy person I know has a story and a life that's more than just their crazy. We're not your inspiration.

PS I'd LOVE to expand this list. Suggestions of manic/quirky supporting character are VERY welcome!