It's been almost two months since I've posted.

So much has happened. It's hard to know how to tell it all and what I should mention first.

Last month took a trip back to Seattle. It was a strange delightful and full of both warmth and ache. 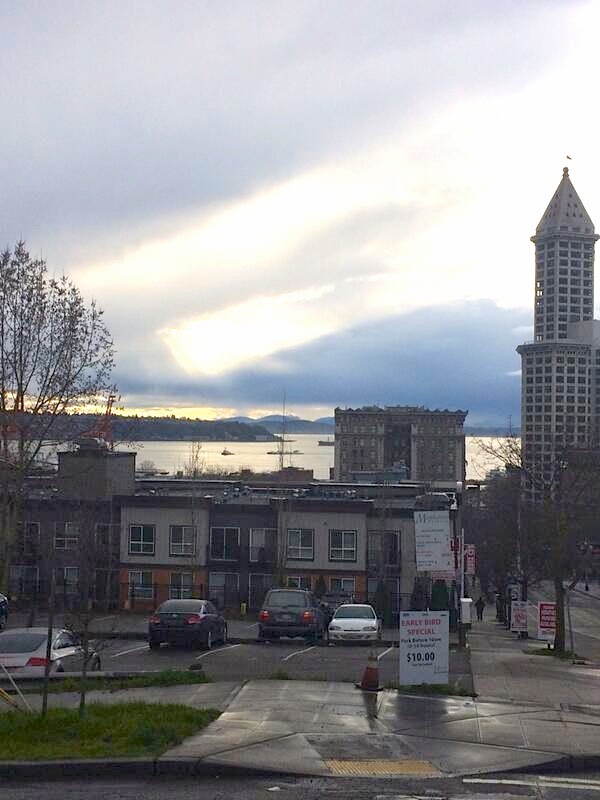 And also It was very very wet.
I collected so many hugs from the loved ones I left behind in the Puget Sound.
I visited my grandmother who'd had a stroke the week before I arrived

A few hours after my after my flight got into SeaTac I received the first of two life-changing phone calls I would get in March.

The call was from chair of the MFA program at Antioch University. He said "I'm delighted to offer you admission to our program." The cohort begins this June. I was elated and confused and many many feelings besides that. Antioch was my top choice of the three schools I applied to, and the personal attention, professed commitment, and recognition I've received from the faculty has been amazing. But it's going to cost a lot. After a conversation with my partner in which he advised me against going graduate school (he asked "Could you wait a year?"), I spent two very painful days thinking I wouldn't go.

I know I might be in debt forever, and that this decision is more risk than investment but I couldn't say no. I sent off my Intent to Register form last week. Bring on the debt.

Last Thursday morning my father called me to tell me that my grandma Iris McCutchen had died. It's been less than a week. My mind and my body is still processing her being gone. And I have NO idea what to say or think about this.

I'm sick this week, but part of what I've gleaned from the frenzy of March was to keep moving and that  I shouldn't let shame and fear stop me from doing.

And I've once again committed myself to writing a poem every day in the month of April. And sort of against my better judgement I'm rebooting my tumblr to archive the poems I write over the next 29 days.

Posted by Wryly Tender at 1:51 PM No comments: